Skip to content
I’m not a super mom and wouldn’t win an award for being the best cook, school volunteer, or the “have-it-all-together” mom. I’m just a real mom discovering how to play again, love, and teach my kids everyday. Read more 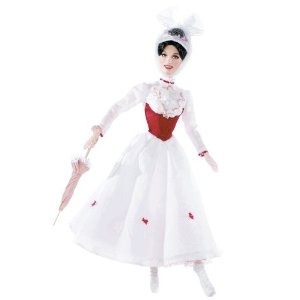 My girls love Mary Poppins. So do I. The music, the confident, organized, but magical Mary Poppins and how the family goes from dysfunctional to slightly more focused on each other in the end – what’s not to love? Well, maybe the scary old bank guy yelling about money – and the part where the kids get lost, can’t find their parents, and run into some guy that was working on something at their house? For now, we’ll focus on the parts we love.

I recently discovered a new Mary Poppins Barbie and Jane and Michael, of course. I don’t think I’d been that excited about a Barbie since I was asking for my very own for Christmas! It was a “must purchase” and became a treasured gift to one of our daughters.

Then the sweet, adorable, helpless baby boy that we all fell in love with turned into a toddler. That sweet, adorable toddler hugs his sisters kindly, plays gently with their toy babies, hugs his animals at night, and gives me some of the sweetest little grins and kisses. He also seems to have an uncontrollable need to whack any object in his hand into whatever is near, to see what kind of sound to makes, to see what exactly will happen. He’s really a physics student. What will happen if I drop my gooey blueberry off the side of my highchair? What will happen if I take my bat and hit my sister’s head instead of my ball? How about pulling as hard as I can on Mary Poppins’ head?

None of the dolls had lost their heads until our little boy came along. I’m sad to say that Mary Poppins wasn’t the only casualty. And she might not be the last.